Written by Aria Ellise, This article originally appeared on BlackDoctor.org

Natalie Cole, who had struggled with a variety of health issues in recent years, died Thursday, December 31, 2015 night, according to publicist Maureen O’Connor. The cause of death was reportedly congestive heart failure.

A physically weakened Cole, winner of nine Grammy Awards, was forced to cancel a string of concert performances over the last three months after a recurrence of hepatitis C linked to her earlier drug abuse. 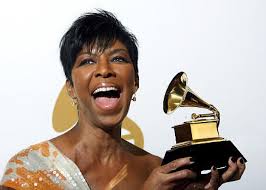 “Natalie fought a fierce, courageous battle, dying how she lived … with dignity, strength and honor. Our beloved Mother and sister will be greatly missed and remain UNFORGETTABLE in our hearts forever,” read the statement from her son Robert Yancy and sisters Timolin and Casey Cole.

The daughter of music icon Nat (King) Cole scored a huge 1991 hit with “Unforgettable” — a virtual duet with her late father.

The album “Unforgettable … With Love” spent five weeks at No. 1 on the pop charts, sold more than 14 million copies worldwide and won six Grammy Awards.

Before the hits we know her for now, her career actually exploded back in 1975 with a debut album that included the massive hit single “This Will Be (An Everlasting Love)” and a pair of Grammys for Best New Artist and Best Female R&B Performance.

At age six, Cole recorded a duet with her father, I’m Good Will, You’re Christmas Spirit. By age 11, she was performing alongside him on his television show.

When Cole was 15, and attending boarding school across the country, her father died of lung cancer. Even though she grew up without her father’s guidance, Cole never abandoned music. She studied Psychology in college at the University of Massachusetts and sang in clubs on weekends, where she was billed as Nat King Cole’s daughter. But she soon was to make a name for herself.

Cole initially struggled with success, battling a devastating cocaine addiction until her manager sent her kicking and screaming” to drug rehab in 1983, the singer recalled. 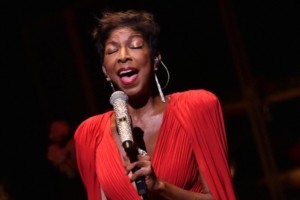 She had previously experimented with drugs like LSD and heroin, but it was cocaine that sent her into a spiral as her career and marriage faltered. A first trip to rehab failed, but the second one took — and she remained sober for the remainder of her life.

In 2009, she received a kidney from an anonymous donor after hepatitis C forced her into dialysis. Cole became a spokesperson for the University Kidney Research Organization, a group dedicated to eradicating kidney disease.

“I think that I am a walking testimony that you can have scars,” she told CBS’s Sunday Morning in 2006. “You can go through turbulent times and still have victory in your life.”