#casey curry’s empty nest and ‘ageless’ daughter move her to do something for herself. 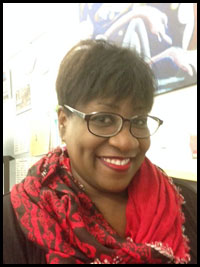 Odessa, Florida resident Casey Curry is the queen of change. Thirty-plus years of marriage to her college sweetheart, retired Naval Captain Bruce, has tested almost every fiber of flexibility in her being. Thirteen moves, raising four daughters in different environments and with every one of Bruce’s promotions, Casey had to manage every aspect including insuring her young daughters’ had their physical, educational, social and emotional needs met. She did well. Her three daughters are adults and pursuing their own ambitions and her husband is enjoying life as a civilian.

Promises is Curry’s second book and #debut novel, a gift to herself as life has settled in Bruce’s retirement. “This story has been percolating inside of me for many years. An empty nest challenged me to do something new for me, and writing this book was an answer.”
Curry’s protagonist, Pam Sloane Hamilton, is an African American Navy officer’s wife, and a composite of Casey Curry and any number of wives who have lived similarly. While the story is fictional, it contains nuances of the lives of families supporting loved ones on a naval career trajectory.

“It’s not an easy path for all involved, and the story I’ve written digs a little deeper without judgment or requests for pity. Pam Hamilton exemplifies a spirit required to be an officer’s wife, but she is also her own person, and Promises attempts to add some flesh to that image.”
Another perspective offered in Promises is that of an African American military family and some of the problems and privileges that come with the territory. It is often said that in the military “RHIP and RHIR,” which means rank has its privileges and rank has its responsibilities. Promises shares with the reader a glimpse of both the privileges and the responsibilities, and how they affect the active duty person and more importantly, the family. Curry depicts the social side of her characters’ lives as well as some of the ways they navigate a regimented lifestyle. There is also the complicated issue of race. Curry explains, “My characters most certainly have to deal with race and racism, but that is often unique to a more subtle military environment.”

Military life isn’t Curry’s only #muse. There is Tori Rose, the fourth daughter she describes as “ageless.” The author poured her #grief into conducting grief workshops and into teaching. She memorialized her love for Tori Rose in her first book, I Remember You Today, an interactive tome for children coping with grief. Promises is another way for her to affirm Tori Rose’s life. It is also an outlet for her grief.

“I don’t know a parent that fully recovers from the loss of a child, and I’m no exception. My first book represents one phase of my grief and Promises is the result of another phase. My humble belief is that Tori Rose would be happy that I’ve poured my hurt into my dream.”
She also credits the teen creative writing program she directs as a source of strength.

“I’ve encouraged these wonderful young people to use words to express their pain, and what I received is their permission and encouragement to express my own.”

Promises is published by Ellarose Publishing and available for purchase on their site, or in its Kindle edition at Amazon.com.