Michelle Obama will exit the White House this month as one of the most beloved First Ladies to ever enter the political spectrum and her future is surprisingly one filled with as much promise and anticipation as it is with mystery and intrigue.

For months, newspapers, magazines, and talks shows have all speculated what the days, months and years ahead might hold for the Harvard and Princeton graduate and the answers have the covered the proverbial gambit. In-depth articles and guest columns in magazines from Ebony to Vanity Fair have suggested that Michelle might throw her hat into any ring–from running for political office to returning to her early career as a lawyer, though both seem highly unlikely. 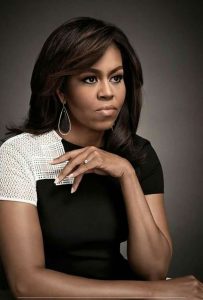 The First Lady and the President have each heartily dismissed her entrée into politics. Friends who know her well quickly point out that Michelle’s no-nonsense temperament is indeed ill-suited for a life in government where frivolous banter is the norm.

Still, it’s hard to imagine that the First Lady who so easily morphed into a very vocal and high-profile advocate against child obesity, as well as a passionate supporter of military families, not to mention one of the most popular power players for the Democratic party will just disappear before our very eyes.

While many First Ladies happily chose to leave the public eye after years of unrelenting spotlight due to their husband’s position, others remained visible and relevant after their service to the country was completed. Jackie Kennedy began a successful career as a book editor, overseeing the biographies of Michael Jackson among others, while Betty Ford opened an internationally renowned substance abuse rehab center and of course First Lady Hillary Clinton mounted a successful career in the senate and most recently ran for President of the United States.  But will Michelle do?

“I think there are so many things the First Lady can become involved with as she leaves office but I don’t think she’s really decided yet,’’ said a former aide to the First Lady. “She’s really committed to the initiatives she focused on while First Lady so I suspect she’ll find a way to stay involved in both child obesity issues and military families.’’

“I think Michelle was totally responsible for many media institutions taking a more serious look at black women,’’ said Fredia Grant of the Los Angeles chapter of Black Women Unite. “Just having this beautiful, extremely educated black woman in the White House gave the media and Hollywood a completely different narrative. Women like her have always existed but Michelle made it impossible to ignore us anymore.’’

The First Lady also had a significant impact on the fashion industry and regularly wore the designs of up and coming minority designers that boosted their careers and encouraged brisk sales on Fifth Avenue. Her covers on the country’s leading fashion magazines were often best sellers and the many dazzling outfits she wore at many of the White House top events and around the world often kept fashion blogs buzzing for days. Michelle’s influence on style and fashion is undeniable but few expect her to delve into a career where fashion is at the center.

One prominent Hollywood agent offered an option where the First Lady could remain in the public eye while also directing focus on the many projects and issues close to her heart. That option–following in the footsteps of Oprah Winfrey and helming her own talk show. Michelle has been a talk show favorite for the last eight years and co-hosted the “The View” just before her husband took office. Just a few months ago, she co-hosted ‘Ellen DeGenere’s hour-long gabfest with ease.

“That would be a no-brainer,’’ says Roy Ashton, head of television at the Gersh Agency in Los Angeles. “She would be a perfect host with her personality and ability to engage others so completely.’’

Still, for all the contemplation around what Michelle will do next, her former aide says he’s clear on one focus he’s sure she’ll keep front and center no matter what the future holds.

“She still has two young daughters that still depend on her a lot,’ ’says the former aide. “One is still in high school and one is headed to college next year. She’s really thankful she and Barack are going to have another year with their two girls where they can really be involved in everything they do. I think her immediate future will be about them.’’

We wouldn’t expect anything less. 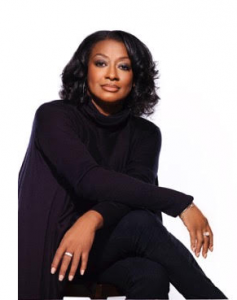 Allison Samuels is a journalist who’s written for Newsweek, Vanity Fair, Essence, Variety, and Wired. She has also authored four books including one on First Lady Michelle Obama entitled “What Would Michelle Do?”