While the white feminist movement latched onto this song that demanded the visibility and respect for woman’s contributions, this song is as much about a Black Woman demanding the same from her intimate partner on one level–and on another, from a nation that diminishes Black people in general, and Black women specifically. Give a Black woman her “propers when ya get home”!

2).  Ignore her steadfast activism by just calling her the Queen of Soul

Calling Aretha Franklin a queen is like calling water wet. Her countenance was royal at the tender age of 14 when she took her church pipes from Detroit’s New Bethel Baptist to a vinyl recording for the world to hear. She exudes the essence of a queen, whether wearing an Afro, a gele (Google it) or a waist-length wig. Known to come through drippin’ long before Cardi B in diamonds and furs—that stayed on in performance, she ruled her world and called the shots. This extended far beyond the stage, however, to her deep love for justice for Black people. She raised money on behalf of Dr. King by touring with Harry Belafonte. She publicly offered to post bail for Angela Davis. She lent her name and talent to the cause of civil rights. The movement that benefitted from this tangentially would be the feminist movement (see point 1).

3).  Omit her virtuosity as a musician, producer, arranger and songwriter

To call Aretha Franklin a singer and stop there is actually musical sacrilege. She has what is known in gospel as “the anointing”. Her voice is a means by which to hear and know God, however one believes in God. And yet: voice is but one instrument of hers. Aretha Franklin was a pianist with an incredible touch—she played soul, blues and jazz on record. She produced music from her own home and wrote or co-wrote many of her hits: “Call Me”, “Think”, “Dr. Feelgood”, “Daydreaming” and “Rock Steady” among them. Her songs have been covered multiple times by artists across the musical spectrum. “Rock Steady” for example has been covered eighteen times.

4).  Gloss over her ability to excel at genres of music other than R&B

As point 3 illuminates, Aretha Franklin is a musical genius. She recorded timeless gospel and jazz music. She went gold and platinum with contemporary R&B hits. She filled in for Luciano Pavarotti on the 1998 Grammys when he fell ill and blew the world away with her rendition of “Nessun Dorma”. But how else would a diva who described music as “my calling”, respond? She is the first woman inducted into the Rock ‘N’ Roll Hall of Fame. Her musical gifts earned her a Kennedy Center Honor and the Presidential Medal of Freedom. Calling her the Queen of Soul and the Queen of Music would not be a stretch.

Aretha Franklin knew who she was and who she represented. She is the penultimate church girl, soul sista, and Natural Woman. Her speaking voice was as powerful in its sandpaper and shade as her soaring singing voice. She could issue a clapback with a look, and spread laughter with her smile. If she called you “baby”, you’d been blessed. No matter how often she crossed over, she was always rooted in the culture from which she came, the culture and canon to which she contributed immeasurably for six decades.

Thank you, Aretha Louise Franklin. We honor and celebrate you for your smoldering, thundering voice. For your unwavering fight for justice. For your beauty, your power, your grace. Your legend cannot die. 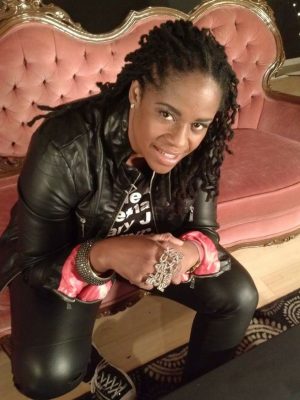